Hello, and welcome to another amazing and simple guide that will help you accomplish your slow motion effects in your unity game. This guide is written in C#.

So, you’re here because you need help with one of the following:

Well, whatever the case may be, this is the guide to get you there. Did I forget to say “simple”? because this guide will be about 15 lines of code and TADA! We are done.

In Unity: Create a new C# script of use an existing one, but let pretend the script is called “slowmoScript”.

In your slowmoScript, make two public floats (so you can edit them for your own spec).

Now you need two methods/functions, one to start the slow motion and one to stop it and return to normal speed.

Finally, So simply set Time.timeScale to fullspeed or slowspeed and you’re done.

What do I do now?

Call your startSlowMotion function whenever you need to, then call the endSlowMotion to return to normal time. Keep in mind that your normal time may not be 1, so set the fullSpeed variable to match your game specs. 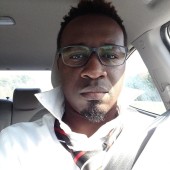 Being smart doesn't count if you do not share your knowledge.